How to Create a Polaroid in Affinity Photo

How to Create a Business Card in Affinity Designer 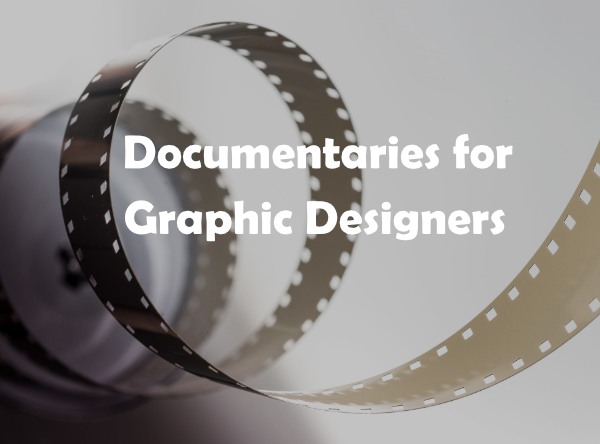 Creativity can be found all around us. One of the many ways to fuel creativity is by watching documentaries of other creative or influential people. Here is a list of 10 documentaries for graphic designers to watch. These documentaries can be for inspirational purposes or for general knowledge. Whatever the reason, there’s something you can gain from watching these documentaries.

1. Abstract: The Art of Design

Abstract: The Art of Design is a Netflix documentary series. It explores the lives of designers in different industries (graphic design, photography, architecture, automotive, etc.). Also, it explores how design influences the world. The show first premiered in 2017 on Netflix, and it is currently in its second season. In the first season, the show highlights artists such as Paula Scher (graphic designer), Christoph Niemann (illustrator), and Bjarke Ingels (architect). In the second season, you have artists such as Jonathan Hoefler (typeface designer), Ruth Carter (costume designer), and Ian Spalter (digital product designer).

3. Design Is One: The Vignellis

Design Is One: The Vignellis is about the influential graphic design husband-wife couple Massimo and Lella Vignelli. The Vignellis have done package design, furniture and houseware design, logo design, and more. This documentary takes you inside of the Vignellis’ world with in-depth interviews, and it showcases their portfolio of work from the New York City Subway map to Ford’s and American Airlines’ logos and everything in between.

Art & Copy is a documentary about the American advertising industry. This documentary consists of advertising creatives who have had an impact on the culture by way of their ads. Art & Copy looks at some of the most popular advertising campaigns in American society. Some of these popular campaigns are “Got Milk?”, “Just Do It”, “Where’s the Beef?”, and “I Love NY” and the people behind the creation of these campaigns.

5. Eames: The Architect and the Painter

Eames: The Architect and the Painter explore the life of the industrial design husband-wife couple Charles and Ray Eames. The Eames helped to shape modern furniture and architectural design. Aside from industrial design, the Eames also worked in graphic design, fine art, and film industries.

Floyd Norman: An Animated Life is a documentary about Floyd Norman who became the first African American animator at The Walt Disney Company. Floyd’s works include The Jungle Book, Monsters Inc., Toy Story 2, Sleeping Beauty, and more. Also, he is a comic book artist and writer. In this documentary, you will learn about Floyd Norman’s time working at Disney, his life after Disney, and his personal life. Throughout the documentary, there are interviews with Floyd’s family and other people who know him personally and professionally.

7. Drew: The Man Behind the Poster

Drew: The Man Behind the Poster is about the legendary film poster artist Drew Struzan. Struzan has created posters for some of the greatest movies in history. For instance, he created posters for Star Wars, Back to the Future, and the Harry Potter franchise. The documentary details Drew Struzan’s career and features interviews with Struzan and his family. In addition, this documentary includes interviews from directors Steven Spielberg, George Lucas, and Guillermo del Toro. Moreover, actors Michael J. Fox and Harrison Ford make an appearance in the documentary.

44 Pages is a documentary about the popular children’s magazine Highlights. You can find this magazine in a pediatrician’s waiting room. This documentary explores how the magazine came into creation. Also, you get to see the people who produce the publication. This documentary showcases how a company was able to remain relevant despite economic and cultural changes in the world. In addition, it shows how Highlights was successfully able to transition from print media into a digital magazine while still sticking to its traditions.

Lastly, we have Sign Painters. This is a documentary about the history of hand-painted signs and the people who create them. We call logos and typefaces art. By the same token, signs are art too. Every day, we walk or drive past signs. Some signs we see while other signs go unnoticed. Throughout this documentary, you will see the true art that goes into the creation of signs.

So, those are my top 10 documentaries for graphic designers to watch. Comment below which documentary on the list is your favorite. What are some documentaries you recommend watching that are not on this list?